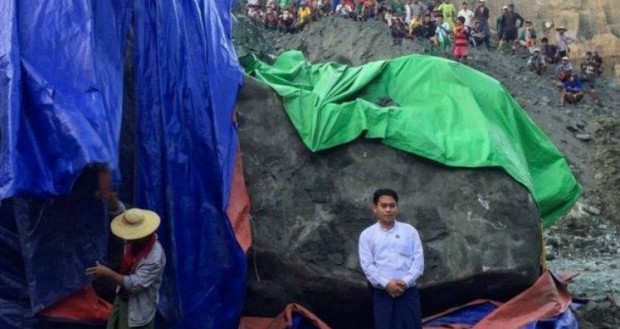 An estimated US$170 million worth of a huge jade stone weighing around 175 tons have been recently unearthed in Myanmar.

The near-translucent green stone measured 14 feet high, and 19 feet long, and was discovered in a mine north of the Myanmar.

70% of the world’s finest jade comes from Myanmar making up around half of the country’s GDP.

The recently found giant jade is in the same league as the world’s second largest diamond, which was found last year. A rare violet diamond was recently unearthed by miners in Australia.

Other similar stones are common in Myanmar, the jadeite and the nephrite.

Jadeite is more common in Myanmar, and is what this stone is likely made of. Further analysis is still required to confirm if this finding is either of the two stones, however both types of stone can be classified as the gem stone jade.

The stone will be sent to China to be carved into jewellery and sculptures.

In other related news, Myanmar’s jade industry has been mired in controversy and complaints of environmental negligence.

A study released back in 2015 by Global Witness also revealed that the US$31 billion jade industry was being plundered by military elites and drug lords in the country . The said gem stones were being sold for profits that the rest of the country wouldn’t see.

Myanmar’s jade industry may well be the biggest natural resource heist in modern history. The sums of money involved are almost incomprehensibly high and the level of accountability never disclosed.

In response to the report, the recently elected government announced ground-breaking reforms back in August to put a stop to corruption, abuse, and environmental wrongdoing in this industry.

And in response to a series of deadly landslides, the government has already suspended operations at more than 2,000 jade mines in the country. 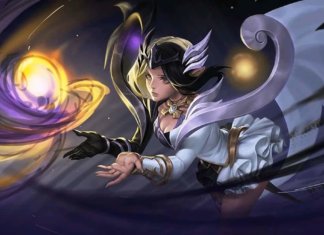 This coming 1st week of September, Mobile Legends releases patch 1.3.07 with a new hero! Let’s welcome in the Land of Dawn, “Lunox : The... 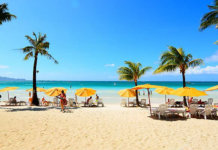 iOS 8.1 brings Apple Pay and it works at McDonald’s