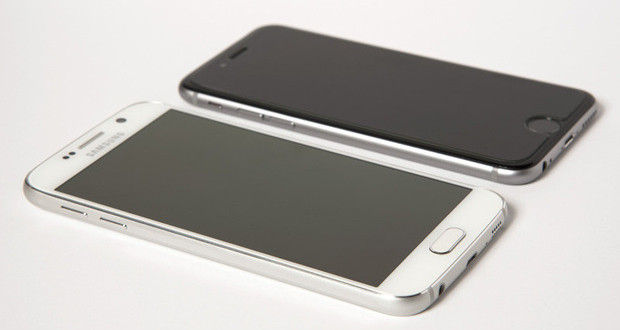 Samsung and Apple are going head to head on being the leader of the smartphone world, and both companies appear to have a fair share of the global market, according to a research published by IDC. Apple and the iPhone beat out Samsung and its seemingly endless array of handhelds in total sales to end users for the first time during the final quarter of last year, thanks in no small part to the white-hot market reception of both the iPhone 6 and iPhone 6 Plus.

However, Samsung’s latest releases, the Galaxy S6 and Galaxy S6 edge will go on sale next week in the United States. This is Samsung saying that we’re grabbing back some of the share that we have lost from the release of both iPhone6’s.

For every smartphone fanatic, there is no better way compared to flaunting the latest of the greatest smartphones. Most of these fanatics might literally, fire up the net and storm the stores just to have one of these mobile devices.

In March, Samsung announced its upcoming mobile payment service, Samsung Pay, which will be available on both GS6 devices “later this summer.” Much like Apple Pay, it will use NFC and fingerprint authentication to enable secure mobile payments.

The main competitive differentiator, and competitive advantage, for Samsung Pay compared to the popular Apple Pay is its support of magnetic secure transmission (MST) technology, which in theory lets you pay at any PoS terminal that accepts magnetic stripe credit cards. That includes about 90 percent of U.S. retailers, compared to the roughly 5 percent that support NFC and Apple Pay, according to Samsung. (Read “4 things you need to know about Samsung Pay” for more details.)

Of course, Samsung Pay is not yet available. When it is released, however, it has the potential to see much wider adoption than Apple Pay because it’s expected to work at so many more retail locations. Samsung also told me that GS6 users wouldn’t need any sort of accessory or add-on to enable MST payments via Samsung Pay, so you’ll be able to use the service at many different retail locations as soon as it’s available.

Both new GS6 smartphones support wireless charging without any sort of add-on accessory. The devices support both the Wireless Power Consortium (PWC) Qi (pronounced “chee”) and Power Matters Alliance (PMA) wireless charging standards, so they work with charge mats that use either technology. In other words, hungry GS6 users can charge their famished phones at select McDonald’s, some of which have PMA charging stations, and GS6 owners in need of caffeine fixes can also wirelessly charge their sleepy smartphones at some Starbucks locations, where Qi stations are available.

It takes longer to charge the GS6 wirelessly than if you use a traditional power cable. For example, using the special charger that came with the GS6 edge, which enables “Adaptive Fast Charging,” I was able to fully charge that dead device in just under two hours, while it took me almost three hours to fully charge the dead GS6 edge usingSamsung’s new Wireless Charging Pad, which costs $50 and uses Qi. In many cases, wireless charging is more convenient, though.

iPhone 6 users can purchase cases to enable wireless charging, but most of these accessories support only one standard, and many are bulky and relatively expensive. (On a separate but related note, the GS6 phones both use standard micro USB ports, compared to Apple’s proprietary Lightning ports, so you can use micro USB cords and accessories from a variety of other manufacturers with Samsung phones but not Apple devices.)

A GS6 owner can, for example, set his Android Wear smartwatch to be a trusted device, so his phone stays unlocked when in hand or in a pocket but then locks if he takes the watch off and walks off. Or he can program NFC tags, such as Samsung’s TecTiles, to be trusted tags, then set his phone on the tag to keep it unlocked at his desk or on a night stand.

Android’s Lollipop Smart Lock features are not unique to the Galaxy S6 — other newish Android devices also offer variations of Smart Lock, including a unique “face unlock” option that’s absent from the GS6s — but you won’t find anything like them in the iPhone 6. (Certain IT policies may block the use of Smart Lock on corporate connected devices, so if you use Android for work, you may not be able to take advantage of Smart Lock.)

One of the most significant differences between iOS and Android, and the iPhone and GS6, is the level of control owners have over customization and personalization. Apple lets you pick your wallpaper and lock screen images, add select widgets to a “Today screen,” and you can organize your applications (in rigidly arranged rows) and related alerts the way you want them. But that’s about it. Android, on the other hand, offers many more customization options.

I could fill 10 pages with minute customization options in Android, but these three stand out to me, and you won’t find any of them in the iPhone — at least not unless you “jailbreak” it.

It’s a personal pet peeve how iOS lets you move applications and folders around your home screen, but if you place one of them somewhere random, instead of next to the last app or folder in a row, the OS moves your selection out of place and back into order. With Android, and the GS6, you can put apps and folders wherever you want them. For example, if you want only two apps on a home panel, and you prefer one in the top left corner and another in the bottom right, that’s your prerogative — Android is OK with that. Apple isn’t having it, however, so don’t even to try to sort apps out of order on an iPhone.

Another nice touch in the Android software for GS6 is the capability to change the color of app folders, so they match or complement your wallpaper or theme.

Speaking of themes, Samsung’s Theme Store lets you download “skins” that change the look and feel of Android with custom graphics, icon sets and other navigation elements. The store doesn’t offer many options right now, but it will likely bulk up during the coming months.

Again, these are just a few examples. Bottom line: The GS6 fosters personalization while the iPhone seems to stifle it.

The GS6 devices have two different power saving modes designed to extend the battery life of your device and give you more control over the apps and services that drain power when you’re running low.

The first, and less severe, Power Saving Mode option limits maximum CPU performance; reduces display brightness and frame rate; turns off the backlit buttons next to the GS6 home key; disables vibration feedback; and minimizes the amount of time the screen is lit when you’re not using it.

Ultra Power Saving Mode takes it a bit further. For example, it applies a grayscale theme to your device, so it uses no bright colors; it limits the number of available apps to preset “essentials” and any others that you deem necessary; turns off mobile data when the screen is dark; disables Wi-Fi and Bluetooth.

You can check the GS6 Battery page for estimates on just much life is left on your device in normal mode, Power Saving Mode and Ultra Power Saving mode, to help plan when to switch between them. The iPhone 6 has a number of software-based battery optimization tweaks, and you can check battery usage states, but it has nothing like either of the two GS6 power saving modes.

From a selfie perspective, the GS6 owns the iPhone. Not only does it have a higher-resolution camera (5MP) than the iPhone (1.2MP), it takes noticeably better selfies in a variety of lighting conditions. (Why, yes, I did take selfies all over Boston during the past week to test the cameras.)

My favorite thing about the GS6 selfie cam is the capability to the tap the flash panel on the rear side of the device to take a picture with the front-facing shooter, instead of having to awkwardly tap the display with your thumb and possibly shake the device at that crucial moment when your selfie is just perfect.

Honestly, I can’t remember the last time I took a selfie before I got the GS6. I am, however, aware that society at large holds selfies in high regard these days, for better or for worse, so the GS6’s selfie dominance over the iPhone seems relevant.

Again, this article tells only one side of the story, so be sure to check out my companion piece, “4 things iPhone 6 does that Galaxy S6 can’t.” 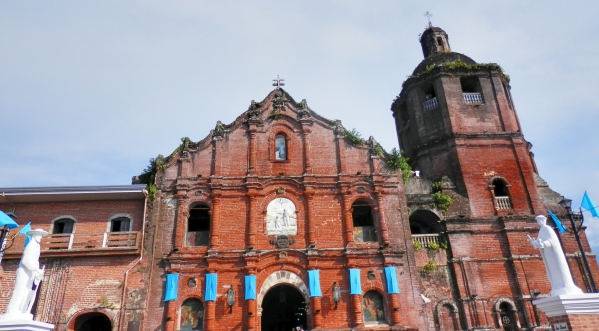 Confession of a Moviegoer: 5 Reason Why Watching in Cinemas is Ideal