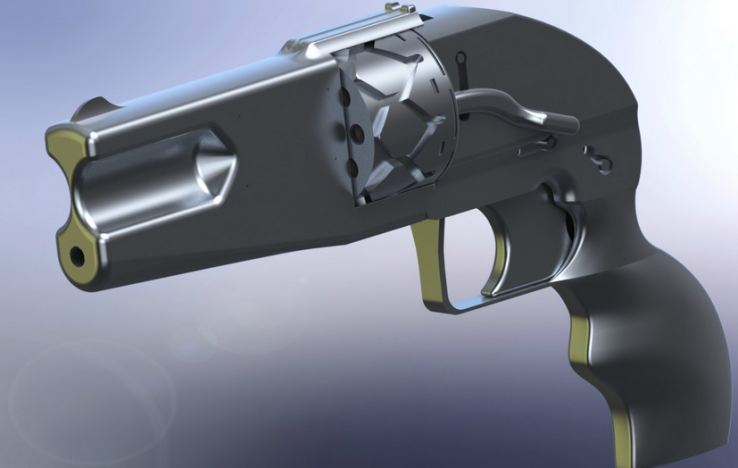 When Japanese police arrested Yoshitomo Imura for printing his own revolvers, 3D printing advocates in some circles were up in arms. The guns, which only fired blanks, were simple test models called the Zig-Zag. Now, in honor of Imura’s work in 3D printing, a CAD designer has created a newer, better gun that could be used to fire real bullets.

The designer, who calls himself WarFairy, is part of a team of creators called Free Open Source Software & Computer Aided Design. He has begun Tweeting images of the gun, adding it to an already impressive arsenal of models. Keep in mind that this gun hasn’t been fired yet but it is designed to withstand normal use.

WarFairy, who lives outside the US and preferred to remain anonymous, said that the model is quite difficult to design and print. The finished kit will include metal parts to comply with ATF regulations and to strengthen the firing chamber. WarFairy said that the design wasn’t a political statement. “We called it Imura because the grooving on the cylinder is cribbed from the revolving single action blank gun that Yoshimito Imura produced before being arrested in Japan. Any political statements are inferred by the users.”

“Its been a right bastard to get printing properly,” he said in an IRC chat. “It has a steel sleeve. The printed forward section of the frame bearing the inscription has .75″ of printed rifling to satisfy the ATF’s requirement of pistols being rifled. Currently every printer that was working on it has crashed their printer. We’re working on getting back into action,” he said.

When can you expect to download the new gun?

“In the time-honored words of the startup, ‘When its ready.’” said WarFairy. Until then, theteam is releasing more models and videos in the spirit of exploration rather than, they say, political action.

[via Tech Crunch | via 3Dprint] 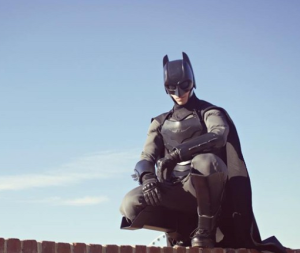