BARCELONA, SPAIN—Samsung has such a large presence at Mobile World Congress that it doesn’t just have one giant booth; there are also several smaller ones scattered around the show halls. While the main booth exclusively shows Android phones and the biggest product of the show was the Android-based Galaxy S5, one of the most important areas for Samsung is a small booth tucked away in the last hall of MWC: a Tizen booth. Here, in the “App Planet” section of Mobile World Congress, Samsung has actual Tizen phones on display—phones with an OS that is fully under Samsung’s control. Samsung’s choice between Android and Tizen is one of the more interesting stories in tech right now, so when we stumbled upon this booth, we immediately grabbed our cameras and started snapping.

The OS runs on “prototype” hardware that very closely resembles a Galaxy S4. Tizen is a Linux-based OS primarily developed by Samsung, and, the theory goes, Samsung’s grand plot is to eventually turn Tizen into a drop-in Android replacement, own the market with an OS of its own making, and never have to deal with Google again. So far, Tizen seems a pretty accurate Android clone, but it’s shocking how far along it is. On the surface, it seemed just as capable as a TouchWiz Android device. Samsung has done such a good job of replicating the Android interface that there is very little to write about—everything looks and works similarly to the way it does on Android, just without any kind of ecosystem.

See how it works!

Tizen uses the same button configuration as many Android Samsung phones, with Menu, Home, and Back buttons. Samsung’s OS runs really, really well—it seems just as snappy and customizable as Android. Tizen has an app drawer, home screen pages, a pull-down notification panel, and widgets just like Android. The big differences are round app icons and lots of widget functionality. Widgets are expandable—a swipe down on the weather widget, for instance, will expand a multi-day forecast panel from the bottom of the widget. Widgets and icons are actually the same thing—the widgets are resizable just like they are on Android, but shrinking a widget down to a 1×1 square will turn it into an icon, and expanding an icon to 2×2 will turn it into a widget. Both features are very slick, and they’re something we wouldn’t mind seeing Android adopt.

Long-pressing on the Home button will bring up recent apps, just like in Android, but here thumbnails are displayed in a paginated grid instead of a scrolling list. You can’t swipe away thumbnails, either; you have to press a little “minus” icon. The standard suite of smartphone applications is here, and overall, it seems like a finished, working operating system. Samsung even has multi-window support up and running on Tizen. By long-pressing on the back button you can bring up a list of “mini apps” that will float around the screen in their own window. There is even a mini camera app. The apps seemed to work just as well as they do on Android—it was very impressive. Samsung claims real, live Tizen devices will hit the market sometime in 2014, but it wouldn’t say what region they would launch in.

One of the weirdest changes from the typical Android interface that Samsung has made with Tizen is in the notification panel. Individual notifications aren’t presented in a list, but as a two-wide grid of squares. There are other oddities, too, like the first page of the settings being a grid of squares and the second page being a list view.

The interface isn’t everything—we still have no idea what developers think of Tizen’s development toolset versus Android’s. We were told that development could be done with either native C++ or HTML5 apps, so it doesn’t sound like expertise building Android apps in Java will translate to Tizen. There are third parties offering Android app support on Tizen, but Samsung wasn’t demoing that. The HTML5 apps looked good (for HTML5 apps). The renderer isn’t just limited to pages of text and images; it supports 3D apps with WebGL, and Samsung even had an HTML5-based polygonal racing game that looked simple but ran very well. Samsung already convinced a few companies to develop Tizen apps—there was a native version of Gameloft’s Asphalt 8 on the device.

Surprisingly, there were even a few Google icons pre-loaded on the Tizen prototype. There were YouTube and Google Search icons, which were just links to the mobile site. We don’t recall an OEM ever doing that before. Google has messed with its mobile sites before to put the screws to its competitors—if Samsung shipped a Tizen phone with app drawer shortcuts to the mobile websites of Gmail, Maps, Google Search, and YouTube, we wonder what Google’s response would be.

While Samsung is obviously trying hard to make Tizen look like Android, it looks like Tizen has actually influenced the new design of the Galaxy S5’s settings screen. When we first saw the colored circles in a grid formation, we said the design looked like something that was from a completely different OS. It turns out that OS is Tizen. With Samsung making the two OSes so closely resemble each other, some day it might be possible to quietly swap OSes in Samsung’s mainstream smartphone, just like it did with the Gear line. For the interface at least, the change-over seems like it would be pretty seamless.

The big problem for Tizen, though, is apps. While Tizen isn’t finished, at this point it seems like nothing more than an Android clone. Samsung has yet to demonstrate a compelling reason for anyone to pick a Tizen device over Android or even demonstrate why it chose to spend resources developing Tizen instead of creating a Google-less AOSP fork. Our best guess is that it has become a matter of pride for the company. With Android OEMs having to deal with extensive rules and restrictions dictated by Google, Samsung would like to control the software end-to-end. Building the OS is the easy part, though. The hard part is solving the chicken-and-egg scenario of app support, where no one makes apps for Tizen because no one buys Tizen phones, and no one buys Tizen phones because there are no apps for them. Samsung will try to convince customers that app drawer shortcuts to mobile webpages count as “apps,” but that has never been good enough in the past.

Google is such a huge software developer that it can provide its own killer apps for its OS. Products like Google Maps, Gmail, Google Now, and YouTube are the best parts of owning an Android device, and many users would even say that those apps are the best part of owning an iPhone. Tizen will never have those apps, and getting apps from other developers is going to be a huge challenge. Even with Samsung’s huge market presence, a phone with no apps won’t sell. How does the company go from zero Tizen apps to millions of apps, all without losing its current market share and giving its winded Android rivals an opening in the marketplace? Tizen seems ready to go as a viable phone OS, but just ask Microsoft or BlackBerry how well having a very viable phone OS has worked out for them. 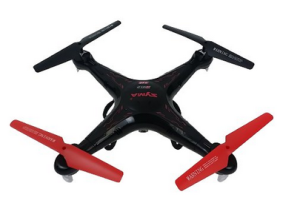