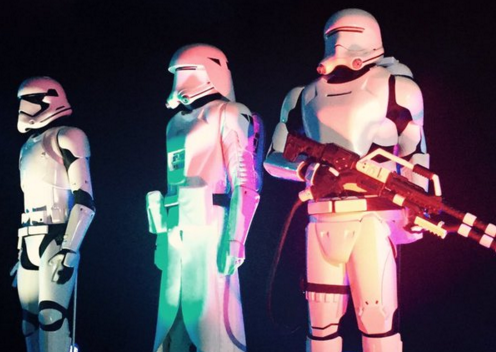 by Catherine Shoard, via The Guardian |

There were “smiling faces” from the crowds exiting the Los Angeles premiere of Star Wars The Force Awakens on Monday night. Amongst these, presumably, were Disney executives ecstatic that the $4bn they paid George Lucas for franchise rights looks to have been a sound investment.

Initial reactions from all three screening rooms where the film was shown for the first time – as well as from social media – suggest that JJ Abrams has the chops to please both critics and fans, and that The Force Awakens may well recoup at least half the $4bn by itself.

A journalist for the Hollywood Reporter was one of the first to tweet following the event, at which mobile phones were confiscated. 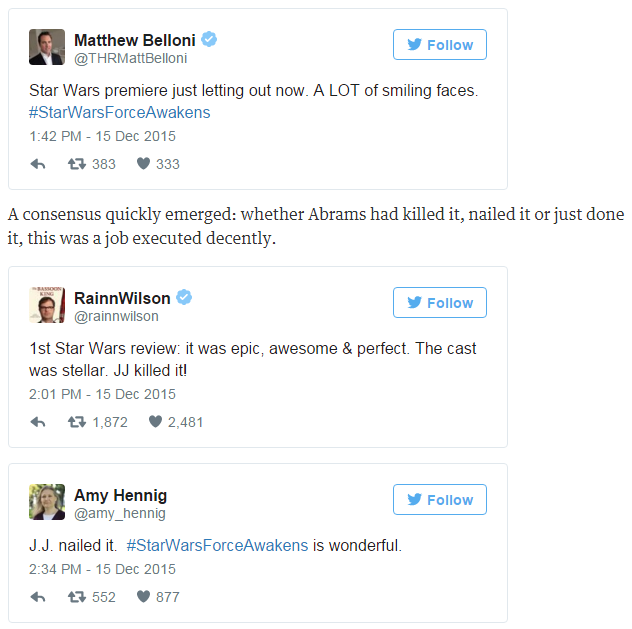 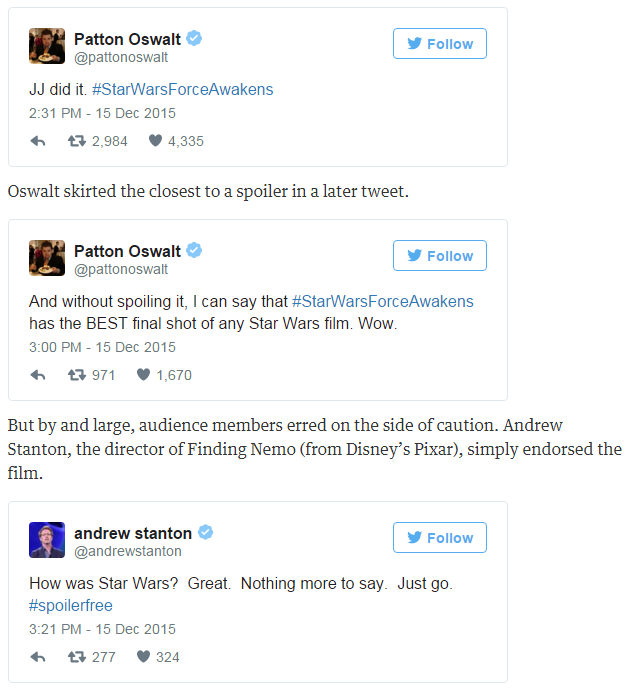 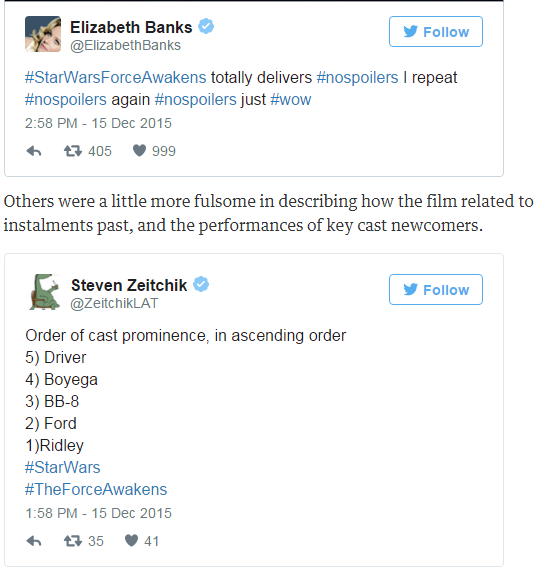 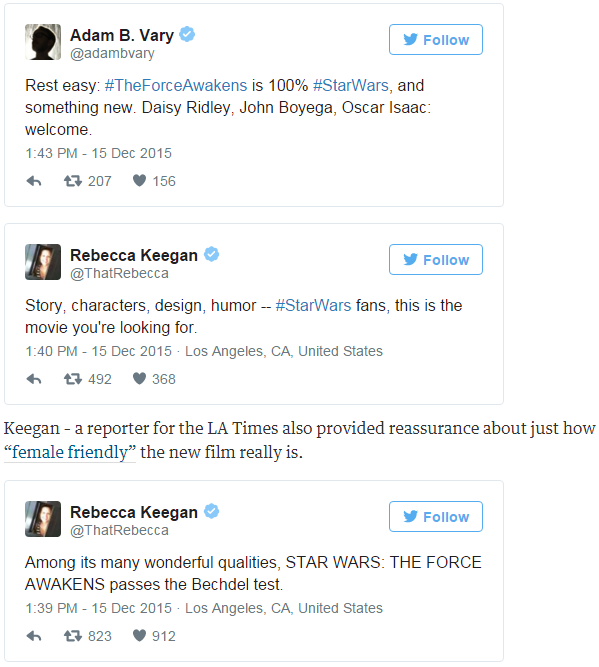 And others revealed that Abrams’ big-budget blockbuster does, as you might imagine, contain a number of high-octane scenes. 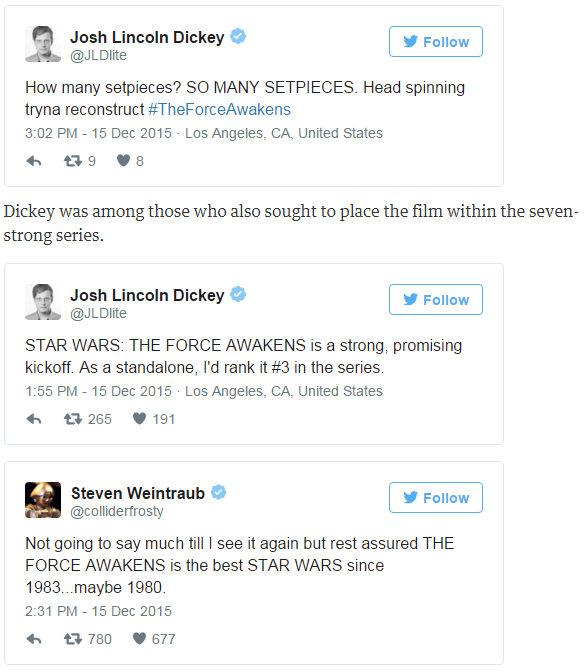 Others upped the hyperbole yet higher. 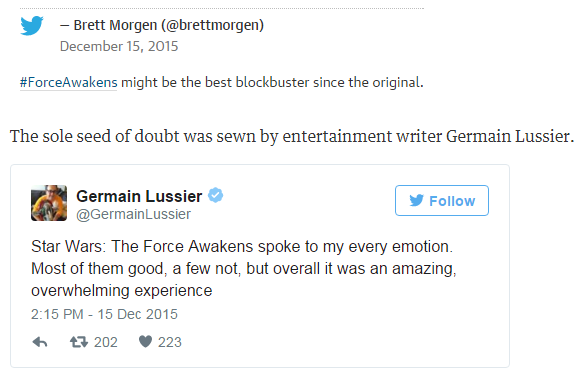 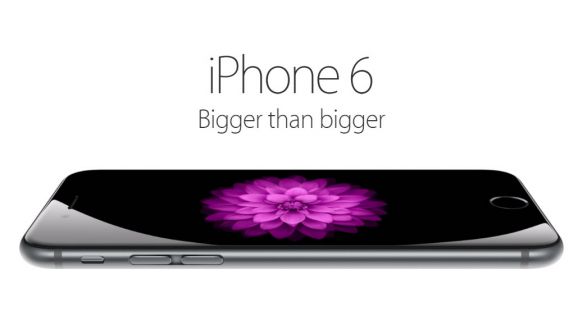 by Gareth Beavis and John McCann | via TechRadar | Apple has officially announced the iPhone 6 - the eighth generation of iPhone - at a special event in... 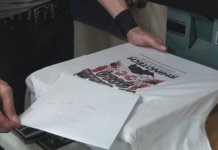 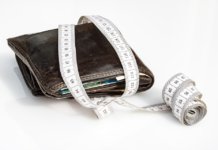 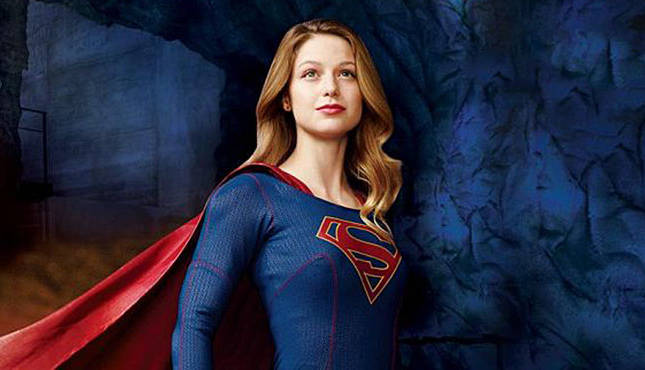