With the recent release of the revised build for Windows 10 for phone Technical Preview to address bugs and other issues, the new OS is still full of promise, showcasing what is to expect from it once Microsoft releases it officially toward the end of the year.  Here’s the last part of our rundown of what’s new with Windows 10 for phone.

Word Flow from Windows Phone 8.1 is carried over to Windows 10 for phones. But with a twist: you can resize it and move it around the screen, just where it suits you. What makes it better is it allows in-line messaging, letting you switch between SMS and Skype without switching apps! Also, with its built-in dictation capabilities, it can now output symbols instead of writing the word; it even checks your Contacts list to spellcheck the name you speak to it!

Aside from an updated photos app that can by synced using OneDrive, it now enhances your photos by automatically removing red eye and other flaws. To streamline your photos across all platforms, duplicate images are removed, and albums are readily created.

Yes, Siri’s rival is now better. For some units that will be updated to Windows 10 for phone, you can activate Cortana by voice, saying “Hey, Cortana!” Hopefully, once Windows 10 for phone will be officially released, Cortana will also be released worldwide and not confined to just some parts of the globe, particularly the U.S. and Europe. Imagine hearing Cortana speak in Tagalog! Wouldn’t that be awesome?

News broke that Microsoft is retiring Internet Explorer in lieu of a new web browser that’s touted to be much better than its predecessor. For now, it is codenamed Project Spartan. While its mobile capabilities are still limited, its desktop version is not. Let’s see if Project Spartan (or whatever it will be called) will catch fire and beat Chrome.

First, you must have Windows Phone 8.1 installed, and the version number must be 8.10.14219.341 onwards. Second, you must also have at least 8GB available storage. Here’s a list of supported units:

Expect the list to grow longer as Microsoft works towards the official release of Windows 10 for phone. 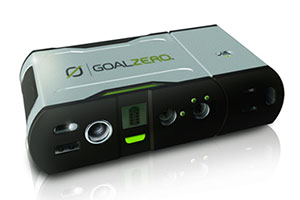 Do you know these 8 Best Foods which would help you to Increase Breast Milk?